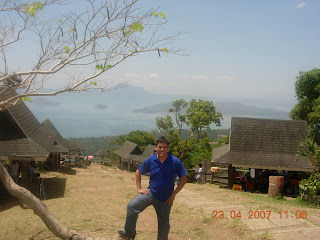 Taal Volcano is reputed to be the world's smallest and yet most active. It stands on its own island amid a landscape of ash and cinder.

Tagaytay, considered as the country's second summer capital because of its crisp and cool climate all year around, is a treasure box of pleasure points in by itself. At nightfall, one sees the lake sparkle with the pinpoint lights of fishing boats. It is a perfect picnic spot. Here, the Department of Tourism (DOT) and the Philippine Tourism Authority built Picnic Groove, a public park in the city which generates public patronage through user fees and the sale of low priced goods, thus contributing to the industrial growth of Tagaytay. 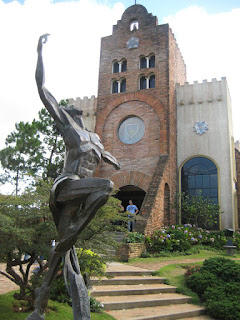 Tagaytay, however, is more than a picnic haunt. The place has given rise to many congregational houses and retreat centers. It is also conductive to spiritual meditation, that is earned yet another title for being the "Center of Spiritual Retreat."

Thus, the masterpiece of nature that is Tagaytay is a not to be missed item in a tourist itinerary. It should always include a visit to the Volcano Island, and its enumerable side spots.

Tagaytay City, located 2,500 feet above sea level enjoys a cool and invigorating climate characterized by a relatively low temperature, low humidity, and abundant rainfall. Average temperature is 22.7 degrees Celsius. For this reason, Tagaytay with its cool weather, balmy winds and foggy mists is called the "second summer capital" of the country after Baguio City.